What does a regional adaptation plan could look like? The case of water management and sustainable agriculture in Thailand 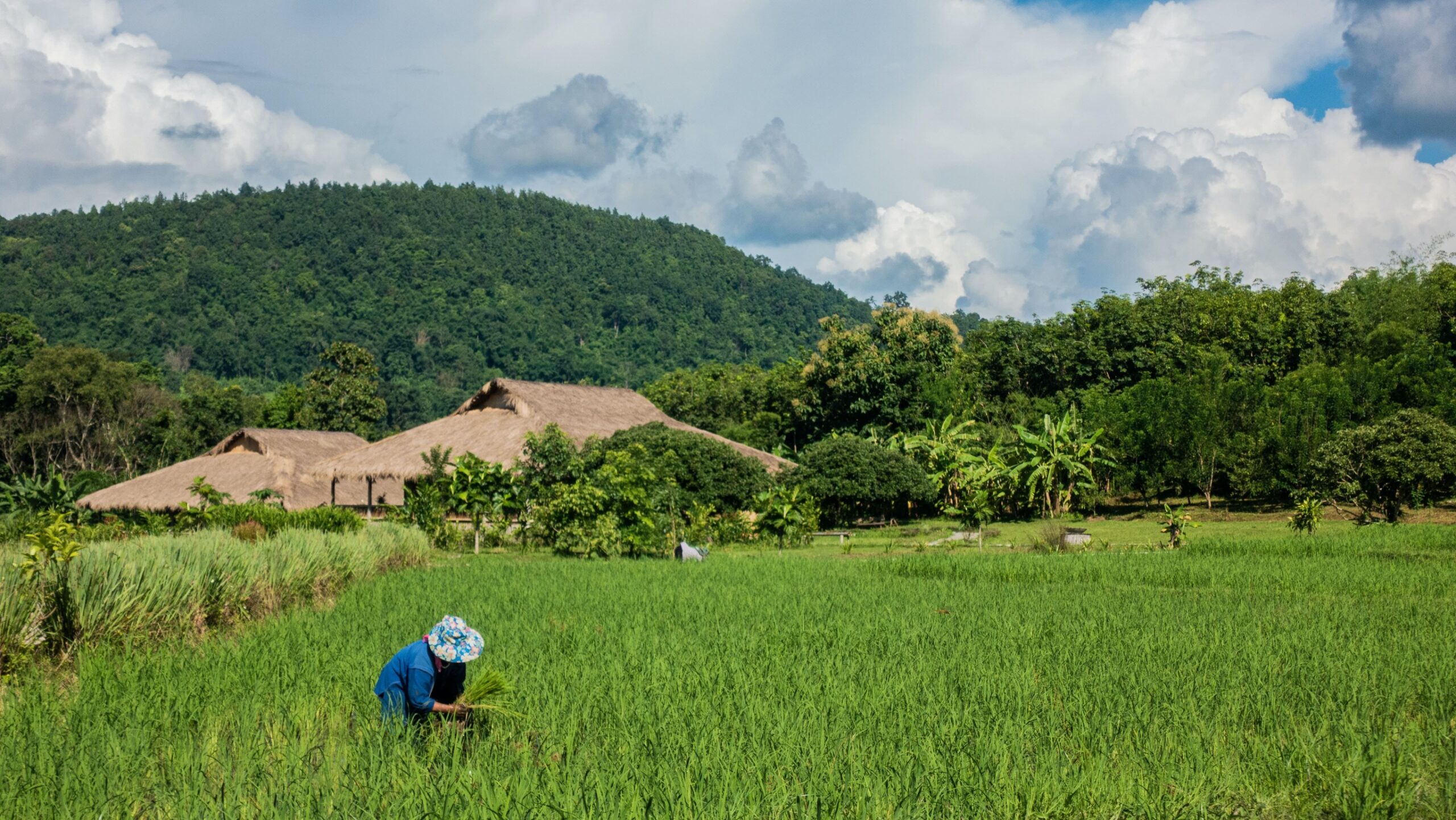 What does a regional adaptation plan could look like? The case of water management and sustainable agriculture in Thailand

Why is Adaptation Finance important?

On that front, good news is coming from COP 26: the UN Adaptation Fund has raised record 351.6 million USD in New Pledges from 13 country donors. This record pledge far surpasses the Fund’s 2021 resource mobilization goal of 120 million USD, and doubled the amount raised a year ago (115 million USD) (2).

Ahead of COP 26, the Green Climate Fund granted 1.2 billion USD to support new adaptation and mitigation projects in emerging countries. Such projects are perfect examples of what ambitious adaptation solutions could and should look like: large scale projects, with local impacts.

One of this ambitious project is the water management and sustainable adaptation in the Great Chao Phraya Basin region in Thailand, in which the GCF invested 17.5 million USD. According to AXA Climate it is a very vivid illustration of how adaptation can concretely tackle social and economic challenges and change people’s life on the longterm.

Why is the Green Climate Fund investing 17.5 million USD to enhance climate resilience in Thailand?

Despite the recent economic and social success of Thailand, water management has emerged as aleading concern. In a country where agriculture engages around 50% of the population, generates around 10% of the GDP and is responsible for 75% of the water consumption, climate change and its impact on the water cycle is becoming a highly strategic question.(3)

In 2016, in the Great Chao Phraya Basin region was hit by a severe drought episode leading to total losses estimated at 3.4 billion USD (0.85% of GDP). The region is particularly vulnerable to the impacts of climate change. With longer dry seasons and shorter more intense wet seasons(4), the dry land retains less water which increases the runoff to the central plains and ultimately the Bangkok and vicinity area. As a result, vulnerable households depending on agriculture in the impacted area struggle to cope with the increasing challenges brought on by droughts and flooding.

Thailand has already been practicing water management techniques in the critical Chao Phraya River basin (5) to manage flooding during the wet season and to ensure water availability during the dry season, using canals and regulators, including reservoir operations.

The investment from the GCF will support the development of tailored climate information to both enhance water management and agriculture planning. Funds will also support training to government staffon climate scenarios and projected rainfall, runoff, temperature, and evaporation, and to predict with greater accuracy incidence of flooding and drought. GCF resources will also help reinforce comprehensive risk mapping in the target area.

How climate change is impacting the water cycle in Thailand?

Impacts of climate change on the hydrological cycle at global scale is now well known. The evaporation from land and ocean is boosted by rising air temperature. Because a warmer air can hold more water vapor, the increase in moisture in certain geographies can lead to an increase in rainfall amounts. On the opposite, increase in evaporation over dry land and changes in rainfall patterns will cause droughts. Thailand is a good illustration of the latter case. Changes in the rainfall pattern caused more intense and frequent droughts in the country (6)(7), 2020 being the worst drought in 40 years (8). As precipitation in the region are concentrated on a shorter period of time, floods are also more frequent (see the figure below).

All these changes in the hydrological cycles allow us to understand the evolution of the water supply in Thailand. But water availability is not only dependent on water supply, it is also impacted by water demand. If water demand (e.g., pumping of water for irrigation or domestic use) exceeds 40% of the water supply, a region is considered as water scarce. At country scale, changes in demand can even be more significant than changes in supply (including drought induces by climate change).

Therefore, we need to provide water availability data considering water supply and water demand. The ratio of these two components is called water scarcity. The following map (Figure 2) shows the estimation of water scarcity in 2040 for a middle of the road scenario (SSP2–- RCP 4.5) (9). We can see that the Chao Phraya River basin is particularly at risk of water scarcity: the water demand exceeds 40% of the water supply on most of the basin, which translates into severe water scarcity, going up to 100% on the South Western basin.

The pattern observed in Thailand is representative of most of Asia. Depending on the future evolution of the climate and socio-economic conditions, the population under severe water scarcity in Asia could increase by 38-68% compared to today’s levels (10). Under the middle of the road scenario, 20% of Asia – with a population of 1.6–2 billion people- is expected to be facing severe water scarcity by 2050 (11). It strongly confirms the need for proper adaptation strategies to cope with water scarcity issue in Thailand. Knowing that agriculture remains the largest use of water, the challenges of adaptation for this sector are particularly important.

Why data is the base layer to build better infrastructures and generate more climate awareness among stakeholders?

Today, Thailand is already taking advantage of the various land elevations within the region to build water circulation and reservoirs during the wet season. Thanks to a system of canals and reservoirs, water is routed to the right places and sometimes diverted in case of excessive rainfall. However, the existing infrastructures are no longer adapted. Climate change has shifted rainfall patterns and changed the intensity of the rainfall during the wet season and therefore requires better water control.

Based on enhanced data understanding and integration, investments in upgrade of existing infrastructure could be triggered. Concretely, in the Yom and Nan river basins, four water gates need to be upgraded and three existing canals need to been larged to ensure greater climate resilience. Such investments should improve the capacity of drainage, water storage, and water diversion of the infrastructures to cope with the new water cycle reality. Furthermore, effective application of climate information into agriculture planning will enable an informed shift in crop calendar to better fit the change in seasonal patterns.

Climate data is difficult to apprehend and to turn into operational actions. When it comes to build up adaptation measures on climate data, training and investment in awareness are a necessary collateral for success. Training shall increase the resilience of vulnerable households that are today adapting autonomously, by giving them access to risk maps, best practices to operate less water intensive agriculture.

The GCF resources will support knowledge sharing and training to both government officers and agriculture households. The ambition is to build a chain of decision and actions based on accurate climate projections, fueling adapted planning that can lead to the systematic deployment of early warning solutions among farmers and improve drastically the scheduling of water release. It becomes crucial to bring both the political and local stakeholders to a strong level of knowledge and preparedness to face changing climatic conditions.

We see that the access to qualitative and actionable data is becoming a key milestone to build resilient projects. Long term climate data is necessary to dimension and design future water management infrastructures. Instant data is necessary to arbitrate and optimize water allocation and management. This extension of the data access is even required to bring awareness at the household level. Beyond accessing the data, the challenge is on analyzing, formatting, and addressing the data to the right stakeholders, this is where all the value stands.

How to leverage climate data and training to kickstart adaptation actions for my adaptation projects?

The GCF project highlights three key lessons that can be replicated across adaptation projects:

–   Tailor climate data to your audience: not every stakeholders need the same information at the same moment. Resilient actions will come from stakeholders with access to contextualized data that can be translated into concrete and operational actions, at their own level.

–    Build (back) better cross sectoral cooperation around a data that is standardized so decisions are made on the same rationales.

–    Propose training adapted to the stakeholders, from households to ministers, every layer of your organization has a role to play.