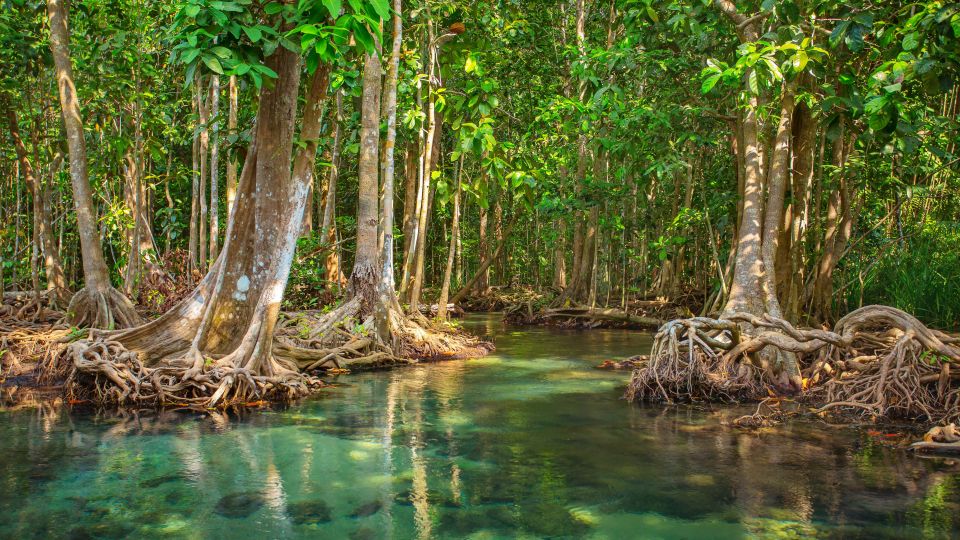 Vietnam is struck by typhoons at least once a year on average. Its long coastline densely packed with 20 million people is exposed to devastating storm surge and winds reaching speeds of 250 km/h for the most intense storms. While the country has made significant progress in reducing the risk, climate change and rapid coastal urbanization means it will continue increasing.

The government, with a finite budget, needs to carefully consider how to most efficiently invest their resources today to best face the rising risk tomorrow.

To support this critical decision-making, AXA Climate, the InsuResilience Solutions Fund and ETH Zurich combined their expertise to analyze typhoon risk in Vietnam today and in 2050 and identify the most cost efficient adaptation measures including nature-based solutions for policymakers.

Putting a price tag on risk

In 2020 alone, Typhoon Vamca, exacerbated by weeks of storms and heavy rain, affected millions of people in Vietnam, damaged or flooded more than 360 schools and over 800,000 homes and killed two million livestock (1). But how much did these disasters cost in dollar (or dông) terms? And how much of these costs could have been avoided if a package of adaptation measures had been put in place?

To be sustainable, risk modeling must be transparent

Climate risk modeling is critical for informing public policy decisions based on a solid scientific foundation and so should be as transparent as possible (2). An open-source platform called CLIMADA was therefore used to do the typhoon wind and storm surge modeling on Vietnam. The platform allows modeling at a resolution of up to 1 km2 on the coastline (model grid cell resolution, as well as incorporating population and economic growth forecasts and varying climate change scenarios (3).

– Hazard: This involves modeling the probability of occurrence of natural hazard events – based on representative historical events. For the Vietnam study, a simulated windspeed and storm surge dataset based on 269 historical storms over the past 40 years was modelled on a resolution of up to 1km2 using a digital elevation model for storm surge. This was then projected forward under RCP 4.5 and RCP 8.5 medium and worst-case climate scenarios respectively using CLIMADA.

– Exposure: Calculating exposure consists in taking into account the value of buildings, the number of inhabitants and the type of economic activities located on each model grid cells (corresponding to different areas) to calculate the total possible value of the losses per zone. For Vietnam, exposure was estimated on CLIMADA for three categories, houses, agriculture and people, using open source sub-national level asset value data. Night light and population data per grid was then used to downscale and estimate the spatial spread of these asset values at a resolution of up to 1km2. This was projected forwarded by assuming that by 2050 the population would increase by 13% (United Nations, 2019) and that Vietnam will have an average annual growth rate of 2.5% (a conservative estimate, which nonetheless implies a doubling of GDP by 2050).

– Vulnerability: This parametrizes the extent to which exposure will be affected by a specific hazard in the form of impact functions for each exposure analysed.

The annual average loss per grid is then calculated based on the hazard probabilities, the type and value of the activities and number of people in each grid and their vulnerability to each hazard. The study used six different impact functions (linking the expected loss to the hazard level) for measuring wind and surge impact on agriculture, houses and people.

The conclusion of this analysis is that the strongest risk for Vietnam in terms of damage is storm surge although both wind and surge risk will rise significantly by 2050. Overall, the study estimates that currently wind and storm surge causes $513 million and $2.96 billion respectively in damages to agriculture and houses in Vietnam on average every year. This is estimated to rise to $767 million and $3.45 billion respectively by 2050 under the worst-case climate change scenario (RCP 8.5). This represents an increase of one-third in average annual loss (AAL) for wind and of around 19% from the current AAL for surge. Wind and surge impact an estimated 2.2 million people annually on average which is projected to rise to 2.5 million by 2050 under the worst-case scenario.

Interestingly climate change is expected to have an ambivalent effect on typhoons: According to the Intergovernmental Panel on Climate Change (IPCC) projects, a decrease in the frequency of weaker storms but an increase in the frequency of the most powerful storms. Overall, the increase in risk is mainly due to urbanization, population and economic growth and to a lesser extent to the effects of climate change.

Protection against climate risks requires a combination of measures

In light of such figures, protection is no easy task. There is no miracle solution, but rather a combination of complementary adaptation actions to be taken. The simulation of different adaptation measures reveals a significant potential for further risk reduction, although more specification on the assumptions would be needed to draw final conclusions:

Building sea walls and gabions: Sea walls help hold back waves from the coast, while gabions – wire mesh cubes filled with stone – channel the water in the right direction and limit coastal erosion. Building a 150 km long dike would represent a colossal investment of around $1.6 billion, as well as $200 million for the gabions but would drastically reduce the risk.

Planting mangroves: Mangroves are tropical trees that grow in tidal zones and help break the swell and limit coastal flooding. It is estimated that mangroves prevent more than 65 trillion dollars’ worth of flood-related damages per year worldwide (4) as well as capturing significant amounts of carbon. Planting and rehabilitating mangroves along the Mekong Delta and Red River delta coastline is a large project (approximately $250 million). However, the study estimates that it would reduce the cost ofwind damage by 50% for typhoons, even after discounting the planting and maintenance costs.

The study estimates that a combination of mangroves, dikes and gabions makes it possible to eliminate surge damage to agriculture from even the most severe typhoons, to almost eliminate the surge risk for homes for events occurring on average every 25 years or less, and to reduce the risk by a third for the most severe events (1 in 100 year events). Above all, the number of people affected would be reduced by 80% for medium typhoons (1 in 25 year events), and by 70% for severe typhoons (1 in 100 year events). In financial terms, the benefit/cost ratio is positive for all adaptation measures: its value is estimated to range from around 2 for sea dikes to 8 for gabions and even 9 for mangroves. This means that one dollar spent on mangroves allows around 9 dollars to be saved in surge damage.

Insurance, as a last brick, covers part of the residual risk

Finally, once the risk has been significantly reduced through adaptation measures, the study analyses the benefit of putting in place an insurance solution to compensate the state or cities in the event of a severe typhoon. The money paid out could be used to carry out emergency response and restoration according to pre-defined contingency plans with a focus on relief for the most vulnerable populations.

In this combined protection mechanism lies the essence of the climate insurer’s approach for the decades ahead: advising public and private decision-makers on ways to reduce risk, and then insuring the residual risk. Insurance allows the State to smooth the volatility in fiscal budgets and to secure rapid financing following a disaster without having to reallocate budget. This is especially in the case of parametric insurance where the payment is made immediately when the threshold of a pre-defined weather parameter (for example wind speed for typhoon) is exceeded.

Climate change is likely to cause climate risks and therefore insurance premiums to increase over time. By investing in cost efficient adaptation measures to significantly reduce the risk, these costs can be contained, and damage avoided.