Phenological stages: The key to understand and reduce the impact of climate change? 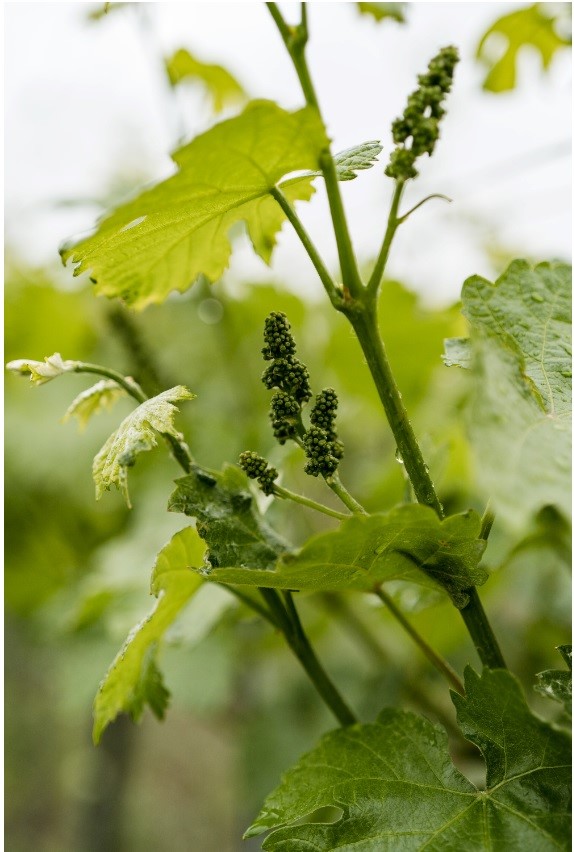 Phenological stages: The key to understand and reduce the impact of climate change?

On the nights of April 20th and 27th of 2017, up to 100%of some Bordeaux vineyards were affected by a severe frost event (1). But Bordeaux vineyards are used to experiencing frost every winter (2) without suffering any damages on their vines, so what was different during these two frost episodes?

It is the development of the vegetation to a sensitive phenological stage early in the season and its concomitance with a frost event that is at the origin of the disaster: when leaves emerge, vine and other crops are particularly sensitive to frost.‍

What is a “phenological stage” and how is it measured?

The life cycles of plants are divided into different stages of development (germination, budbloom, flowering, etc.) – called phenological stages (3). Each plant’s lifecycle can be sequenced in different back-to-back stages. For example, the “BBCH scale” makes it possible to divide the life of cultivated plants into 10 distinct stages (4) (5).

The dynamics of the stages is determined by the heat that the plant receives. It can be measured by the “Growing degree days” – summing all the average daily temperatures above a threshold called base temperature (6) (7). Each species has its own base temperature (8): the vine begins to grow at a temperature of 10°C, citrus fruits at 13°C, corn at 6°C, soft wheat at 0°C, etc. It is therefore possible to follow the development of plants with a simple thermometer, and predict the timing ofa stage from weather forecasts or estimate what will be the future development dynamics of a crop in a few decades thanks to climate projections.

Each phenological stage has its climatic sensitivity!

As for humans – where a baby is more fragile and has different nutritional needs than an adult – each phenological stage of a plant has different needs and sensitivities. Each plant’s risks must be considered according to its phenological stages and their durations (9): vine is not impacted by winter frosts when the crop is at a resistant stage of development, until buds are hatching and the leaves are developing. This succession of stages with various sensitivities is universal for all cultures. Here are 2 examples:

How can this information be used to reduce the crop risks and adapt to a changing climate?

Choosing most suitable varieties: an important step towards greater resilience

In the context of climate change, it is essential to take this dynamics and sensitivities into account to make it a real factor of resilience beyond the dimensions of productivity or quality. Actors on the field can choose the most suitable variety: the one whose phenological stages will avoid risk periods and / or whose sensitivity will be lower than the extreme climate events in the region.

The sensitivity of varieties to climate can already be tested: by modeling the climate sensitivity of each phenological stage during the plant life cycle, it is possible to verify the plant compatibility to present and future climate in any production area, real or hypothetical.

Consider the sensitivity of the plant to better adapt practices

From fruit trees to vineyards, many types of crops have a multi-decadal lifecycle and will be impacted by climate change. It is therefore crucial to ensure that the farming strategies (production types, installations) and practices (pruning type, density, irrigation, …) chosen today are – and will remain – compatible with the future climate and the future lifecycle of the crop.

The goal is to evaluate and reduce risks related to climate change. In order to do so, the sensitivity of each phenological stage to local climate can be studied together with farming practices (sowing dates, irrigation, soil protection…). Current practices can then be tested to assess their suitability and effectiveness to future climate conditions.

Taking into account the phenological stages in parametric insurance

Parametric insurance triggers correlate the severity of climatic events with a level of loss. In order to finely set the level of loss and therefore reduce the basis risk, it is also recommended to consider the phenological stage of the plant at the time of the hazard in the trigger. This logic is even more useful today in our changing climate that shifts plant phenological stages and makes them more sensitive to certain climatic events. It is for instance the case with spring frost and vineyards: mild winters increasingly impact the vineyard development rhythm which makes them vulnerable to spring frost. (13) (14) But before everything else, insurance is not the final goal – it is the last step. Before that, monitoring plant growth stages can lead to warning systems; and adapting varieties and practices can mitigate climate risks.

What to keep in mind?

Climate risks for crops are closely linked to their phenological stages, their respective sensitivity and their dynamics. Once these are established, itis possible to protect cultures in a holistic way:
–   Plant the right crop and the right variety in the right place at the right time to minimize risks, both to current and future climate.
–   Monitor the crop and its stages to know when and how to protect it.
–   Have the most suitable crop insurance if the upstream protections are not sufficient.

In the light of Climate Change, knowledge of the phenological stages seems increasingly essential to assess the risks, both in terms of future sensitive periods and changes in thresholds:
– What will be the likelihood of heatstroke in the future?
– What will my water needs be?
– How will my risk of spring frost change?