How to live in a dryer world? 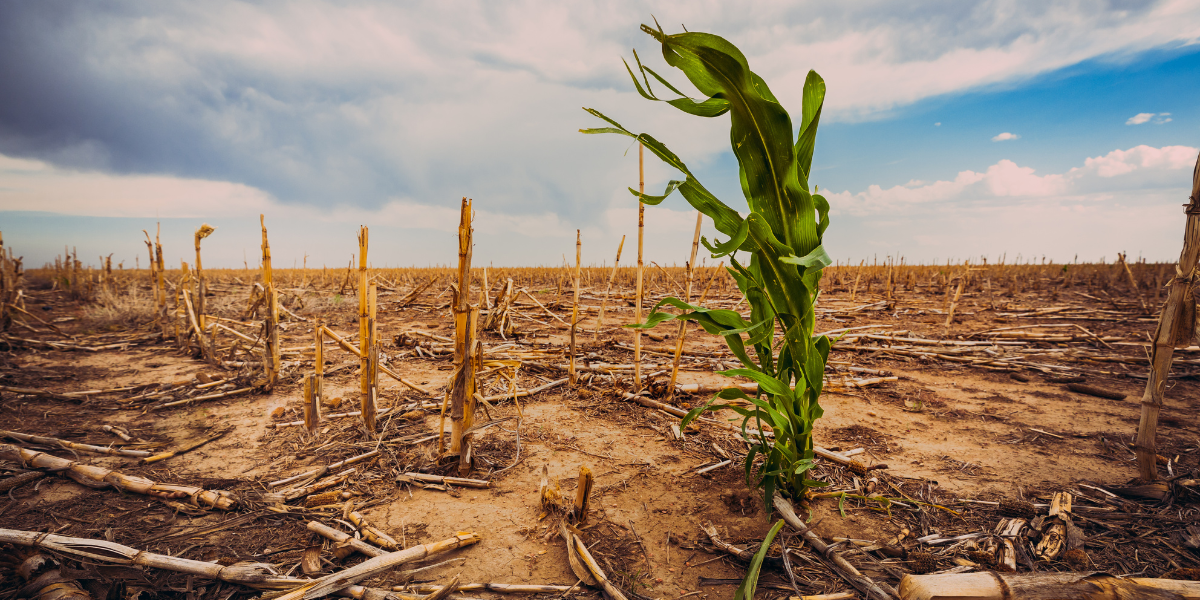 How can we fight desertification and accelerated land degradation? This was the question asked to the 196 state delegates convened in May in Abidjan (Ivory Coast) during the 15th Conference of Parties of the United Nations Convention to Combat Desertification (UNCCD) on May 10, 2022. This COP was one of three biennial conferences established during the 1992 Earth Summit to ensure our planet’s ecological balance.

The Global Land Outlook report, published by the UNO just a few days before the conference, raised the alarm: 20% to 40% of emerged lands are deteriorating. This is partly due to the combined effect of urbanization and extractive industries, but the bigger culprit is intensive agriculture. This sector depends heavily on pesticides and fertilizers and consumes 70% of the freshwater collected in the world (1).

Ecosystems are getting damaged and soils are eroding and becoming less fertile, to the point of being unable to support mankind. The soil deterioration is threatening half of the global population, especially in arid, semi-arid and dry sub-humid areas nhabited by three billion people, which represent almost 46% of emerged lands (2).

According to the IPCC scenarios, if greenhouse gas emissions stay at today’s levels, these areas are predicted to expand by 10% to 25% in 2100, as compared to 1990 surfaces.

Horn of Africa: A devastating drought

During the summit in Abidjan, Ibrahim Thiaw, executive secretary of the UNCCD from Mauritania, highlighted the dramatic drought currently threatening the Horn of Africa. Twenty million people are on the brink of starvation in Somalia, Ethiopia and Kenya. The region has suffered three unusually dry seasons since the end of 2020 (Figure 2). Precipitations were low again between March and May of 2022, foreshadowing the longest dry period this region has seen in 40 years.

As a result, harvests have decreased to 70% in the most affected regions, according to the World Food Program (WFP) (3).  Over 7 million people in Ethiopia and 3.5 million in Kenya already lack food and risk starvation in the coming months if it doesn’t rain. In addition, between the two countries, 3 million heads of cattle have been lost. Meanwhile, in Somalia, nearly six million people, or 40% of the population, are in a state of food insecurity.

Global warming on the dock

Climatologists expect that global warming would turn droughts into more frequent or more intense phenomenon in some parts of the world, with low precipitations in regions like the south of North America, in the Amazon rain forest, Chile, the Mediterranean region of Europe, or in the south and west of Africa.

On the other hand, precipitations are likely to be heavier but less regular in the tropical areas. Data concerning the Horn of Africa for now, remains hard to interpret (5) (6).

But is this exceptional drought linked to global warming? That is what climatologists are trying to determine, using several models and attribution techniques.

Scientists from the World Weather Attribution group found that the 2016 drought which happened in Kenya registered temperatures hotter than what they would have been expected without global warming (6), but precipitation trends are harder to establish, with different models giving contradictory results.

Surface water temperature in the Indian ocean could play an important role due to the natural phenomenon “El Niño”, which periodically warms up Pacific ocean’s equatorial waters. Or, with its negative phase “La Niña”, that contributes to reduce precipitation in Kenya from October to December.

IPCC scenarios expect warming to be twice as high in arid areas than in more humid ones, due to the lack of vegetation and low soil humidity. As a result, surface temperatures in arid region could increase to an average of 6.5°C (compared to 3.5°C) between now and the end of the century.

If they don’t necessarily reduce volume of precipitation, higher temperatures still increase soil evaporation and the need for more water, making droughts even more dramatic which is threatening to agriculture and farming in arid zones.

Regular droughts, paired with wind erosion of the thin sediments layer that allow soils to retain water and nutrients, are already impacting large regions of Argentina. At the same time, rising temperatures are reducing yields in the arid lands of Pakistan or Southern Punjab in India causing threat to farming. It is also contributing to soil salinization in India, as well as in the Arab region, where it already affects seven million hectares and is expected to impact a further 9 million hectares by 2050.

In its most recent report, IPCC suggests several plans to resist droughts and to limit desertification (7).

– Improve water management and stock efficiency, particularly in agriculture and industry, by promoting changes in behaviour and reducing consumption.

– Rely on local or indigenous knowledge to preserve soil. Draw on the ancestral knowledge of nomads to help deal with climate uncertainty.

– Create laboratories to develop new culture varieties which are more resistant to dryness.

For their part, COP15 members agreed in May to speed up the restoration of one billion damaged lands from now until 2030, which will need a global investment of 1 600 billion dollars, to reinforce resilience against droughts by identifying the arid areas expansion, and to improve women’s involvement in land management.