2021 European Summer Floods: A warning about the climate-induced increase in flood risk? 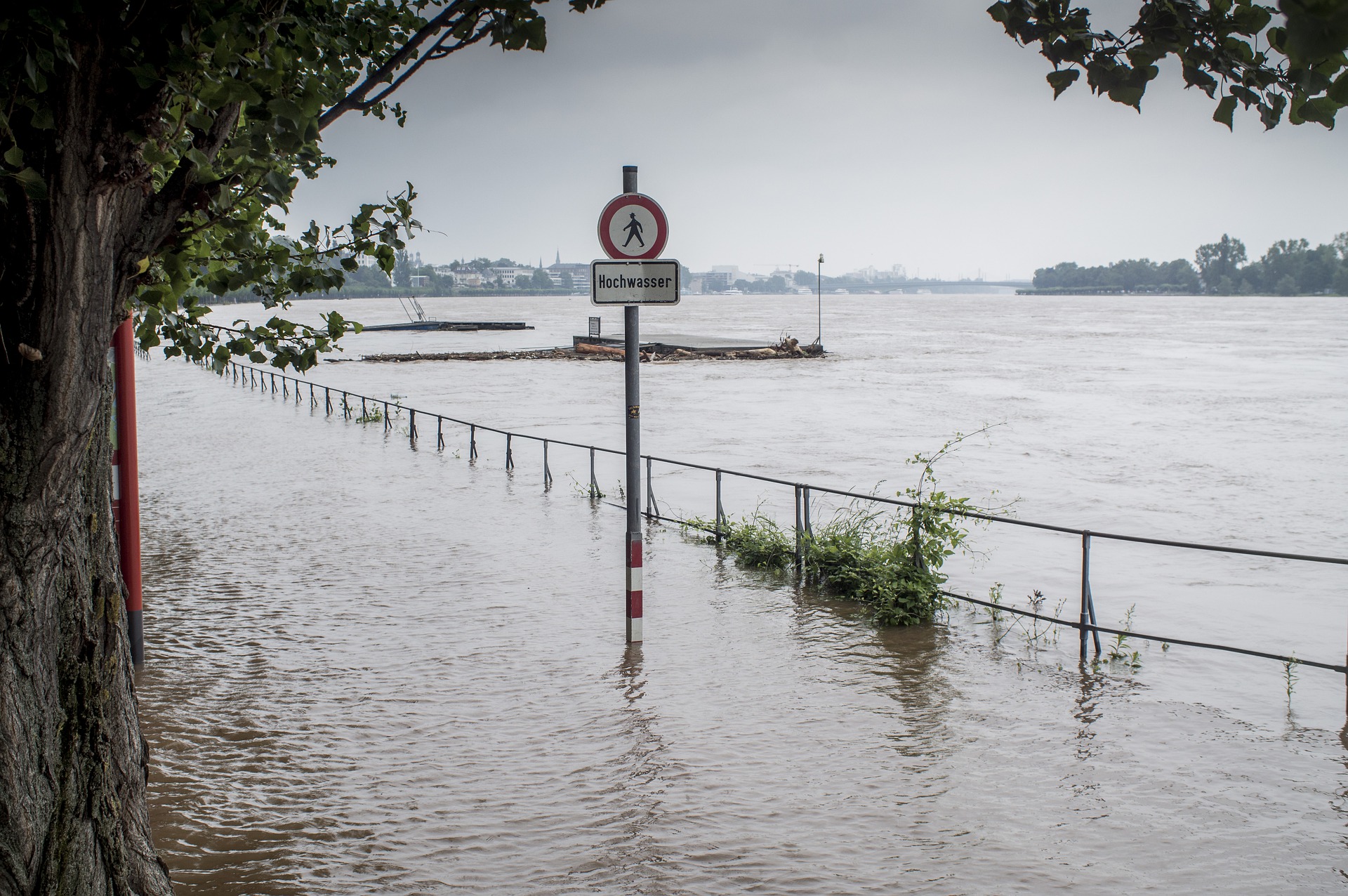 2021 European Summer Floods: A warning about the climate-induced increase in flood risk?

From the 14th to the 18th of July 2021, very extreme and rare levels of precipitation were observed in western Germany and the Benelux region, causing severe flooding on these areas. Rainfall records were broken in many locations along the Rhine basin. The most remarkable record was set at the Köln-Stammheimstation (Cologne), where 154 mm of rain fell over 24 hours, pulverizing the previous historical record of 95 mm precipitation (1). Precipitations over the Vesdre river basin (Figure 1) in Belgium exceeded historical records during the 14th and 15th of July. The floods killed over 200 people and caused billions of euros in damages.

The extreme rainfall event was provoked by a low-pressure system that stalled over Europe for two days. This system attracted warm, moisture-rich air from the Mediterranean Sea (2). In its way to the North, this warm air mass accumulated large amounts of moisture, that resulted in very extreme and unusually long-lasting rainfall events mainly in western Germany and the Benelux region. The impact of the extreme rainfall events was aggravated by the high saturation of the soil due to rainfall in the precedent weeks and by the low permeability of the ground in the concerned areas. Small rivers across the Rhine Basin rapidly increased their water levels, overflowing the locations close to these watercourses. At other locations, the retention of waters by dams provoked flooding at upstream locations from reservoirs, while subsequent sudden dam openings provoked extensive flooding at downstream sites (3).

Are these floods linked to climate change?

An attribution study has been performed by an international team of climate scientists to assess the role of climate change in the occurrence of such heavy rainfall events (5). They found that in today’s climate, this event is expected once every 400 years on average over Western Europe. Climate change has increased the intensity of such 1 to 2 days extreme rainfall by up to 19%. Under a 2°C warming, this type of event would be up to 1.4 times more likely. It is important to note that rainfall patterns are not the only factor impacting the severity of a flood: the saturation of the soil by previous rainfall, the change in land cover (e.g. urbanization) and the topography of the region also play an important role.

Should we expect an increase in the frequency and severity of floods in the coming years?

The latest IPCC AR6 confirms that temperatures will rise in all European area at a rate exceeding global mean temperature changes, similar to past observations (6). Because a warmer atmosphere can hold more water vapor, the heavy rainfall events leading to summer floods are expected to become more intense under a warming climate. Indeed, climate models show an increase in heavy summer precipitations over Northern and Central Europe between 5% and 25% by the end of the century compared to our recent past (1971-2000).

Pluvial flooding occurs when the amount of rainfall exceeds the natural and artificial drainage capacity of a region, resulting in local surface floods. In line with climate model projections of an increase in intense rainfall, which is the main driver of pluvial flooding, the IPCC AR6 projects an increase in pluvial flooding under a 1.5°C and 2°C warming for Western and Central Europe. Furthermore, an increasing trend in river flooding has been observed and is projected a further increase at 2°C and above of global warming (7).

What are the (economic) consequences of floods?

Floods can have tremendous impact going well beyond the direct losses of material items from contact with flood water (Table 1).

As evidenced sadly by the floods in Germany and in Belgium, floods have major social consequences for communities and individuals. Flooding often leads directly to, among other, loss of human life, damage to property, displacement of populations, and deterioration of health conditions owing to water-borne diseases. In the longer term, disruption to industry and damage to infrastructure can also causes loss of livelihoods, reduction in purchasing power and loss of land value, leading communities economically vulnerable. Lastly, floods can also traumatize victims and their families for long periods of time, creating significant intangible impacts.

From an economic point of view, floods events lead to colossal impact. Flooding of urban areas result in significant damage to private property. Businesses suffer both from the direct business disruption due to property damage as well as from the business interruption due to infrastructure failure (e.g., interruption damage to roads, rail networks, key transport hubs, energy plants). For instance, the UK has estimated the cost of the flooding in 2019/20 was to be £78 million, although it would have cost an extra £2.1 billion without flood defenses (10).

While the losses due to the recent flooding events are still to be evaluated, the event is set to become one of the most expensive flood episodes on record. German Finance Minister Olaf Scholz described the extent of the destruction as “immense” and pledged billions for “a reconstruction program so that the destroyed houses, roads and bridges can be quickly repaired”, beyond the €300 million of emergency aid that should be provided to help in the near term.

How can we mitigate or avoid this situation?

Avoiding or mitigating the impact of flooding first and foremost requires a proactive land use management interlinked with flood protection strategies. While this event remains exceptional, there is a need for the governments to continuously revise and update the flood risk management strategies, by considering climate change trends on the flood hazard assessments. Another important topic is to recall the risk of flooding despite the lack of occurrence of a flood event in the recent decades. This can lead to the underestimation of the flood hazard, resulting in land development in the flood plain (and therefore an increase in the flood risk).

Beyond this proactive approach, adopting a reactive and preventive approach based on alerting and business continuity plans can help to mitigate the flood risks in exposed areas, limiting the consequences of flood events.

The frequency and severity of extreme flood events is expected to increase Western and Central Europe along the 21st century. To mitigate the devastating consequences of these events, the increase in flood risk should be tackled proactively by integrating and continuously updating land use management plans and flood protection strategies, in order to limit the flood exposure and the flood hazard.

(1) Watts, Jonathan. Climate scientists shocked by scale of floods in Germany. The Guardian. 2021.